Candy Japan: Getting my first subscribers 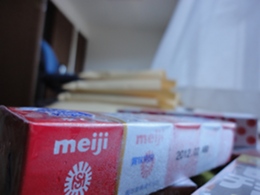 Candy Japan is a subscription service where for a monthly fee you get a surprise envelope filled with random Japanese candy every two weeks. In these blog posts I am hoping to share what I have learned from starting this small business. In my previous post I described how I got the idea for the service, but left it as a cliffhanger if anyone actually subscribed to it.

Hi there, greetings from Japan. You are receiving this message because you joined my mailing list. I've noticed that there are many Japan fans like to enjoy Japanese snacks such as Pocky chocolates. That made me think that perhaps a club for trying out random Japanese candies / snacks might be a good idea. I would send random candy periodically by mail. Sometimes it might be chocolate, sometimes something different. It would be a subscription service, kind of like a magazine subscription is. I would like to get some feedback on this idea, please respond to these questions and feel free to give any other feedback you might have.

- Would you rather get a surprise random selection or pick the candy yourself?
- How often would you prefer to get an envelope of candy?
- What would you expect such a service to cost if you received a package twice a month?
- Do you have access to a credit card?

From the responses I could see that there was some interest, so I continued messaging with those people to see if they would actually go ahead and subscribe. The price range people thought was reasonable intersected the range which would still make a small profit. For the frequency of packages I think there was not that much preference, so I decided to send the packages every other week. In the future I might want to offer more options for delivery frequency, but I wanted to start as simple as possible. One regret with this system is that a "Japanese candy of the month" club would have been much easier to explain and would have had a more friendly price point than this strange bi-monthly arrangement. But I will run with this system for the time being.

Out of the people who saw my message on the list, 5 subscribed. I thought this was pretty good, as many of the people in the list might not have access to credit cards and the service did not even have a home page at this point. On the other hand some of these people had already dealt with me in my previous ventures and might have some extra trust towards me because of that. In Finland I had ran a Japanese online comics store, a Tokyo tour service and worked as a translator for some Japanese comics companies, so some people may have figured that they could trust their money with me again. So I was worried that this 1% conversion rate would not be repeatable because I would not enjoy similar trust in other circles.

After posting to Hacker News and then subsequently getting picked up by Japan blog Tofugu and shared around on social media sites, I was happy to see that even people who did not know me previously were making orders. Eventually in the first week I managed to get 21 subscribers. I will post about my profit margin and expenses in more detail later on. After I have sent a few more shipments I should understand all the costs better. In my future posts I would also like to share some more technical details such as how I set things up with PayPal to actually receive the payments.