Below is an xml document that is about as simple as one can get.

Put that in a file called doc.xml.

Now how would you parse it with Python to get at the cat's name?

The library is based on the API introduced by a prior library called ElementTree. It is now preferred over it, because lxml has extra features such as XPath queries.

XPath is used above to define where the cat's name appears.

To use lxml on Google App engine, put this in your app.yaml

Then you can just do "import lxml" in your code.

If in GoogleAppEngineLauncher (dev_appserver.py) you get "ImportError: No module named lxml", do remember to install locally too ("sudo pip install lxml").

Bonus: origin of the lxml name

PS. I wanted to mention where the name "lxml" comes from here, but could not find the answer. If you know, let me know by email or @bemmu on Twitter.

Asking around on Twitter uncovered that the name "lxml" comes from it being based on libxml2, thanks codebyjeff and @faassen. 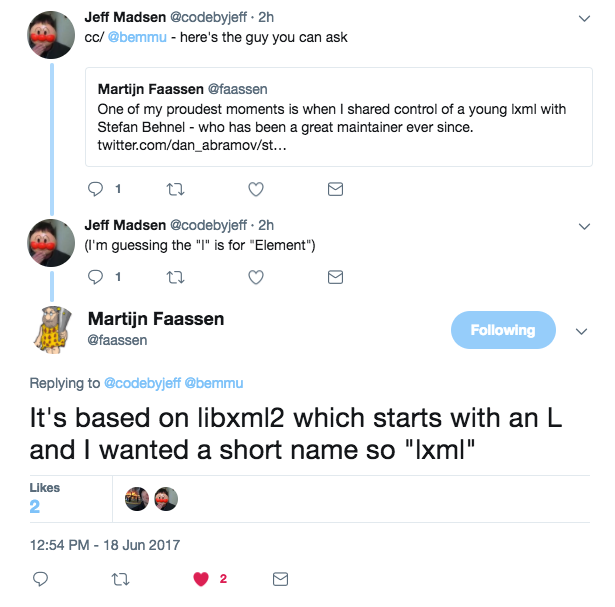